# React Native vs Flutter vs Ionic vs NativeScript vs PWA

How does React Native compare to Flutter, NativeScript or Ionic? What are the differences? Which one should you learn? How’s performance for each of these options? I chose 8 metrics to compare these technologies and help you with that decision.

Not a reader? You can also watch my detailed video at the top of this page! Besides my full courses on these topics (directly below this box!), you might also be interested in my different “Future of …” videos + articles:

Learn all about Flutter, from the ground up, with this course. We'll build an entire app and dive into all important aspects of Flutter.

Learn React Native from scratch whilst building a complete app. From basics to app store - in this course!

Use Ionic to build native mobile and web apps with a rich suite of pre-styled web components. It's never been easier!

NativeScript allows you to use Angular or Vue to build real native mobile apps. In this course, you'll learn NativeScript with Angular from scratch!

# What are Flutter, React Native, NativeScript and Ionic?

This article will compare Flutter, React Native, NativeScript and Ionic.

All four technologies allow you to build real native mobile apps for both iOS and Android - without the need to learn Swift, ObjectiveC, Java or Kotlin!

Instead, you’ll use JavaScript (for React Native, NativeScript and Ionic) and Dart (for Flutter). Hence you’re able to create native apps for both platforms with one language instead of two - this obviously reduces the learning effort you have to take to build your mobile app by a lot!

Great! So how do these technologies differ, which one is the best choice for your next mobile project? Let’s take a look… 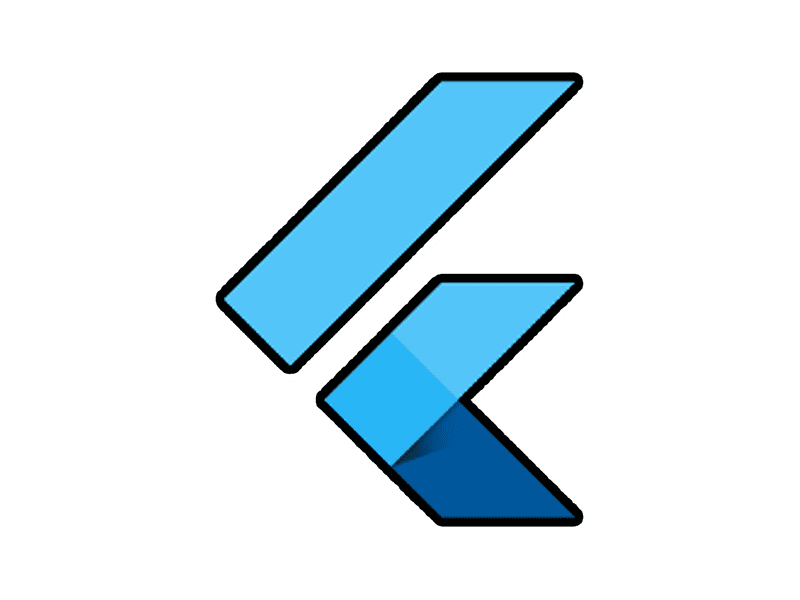 Flutter is both a SDK (software development kit) and a framework for Dart - a programming language developed by Google. Flutter itself is also developed by a Google team.

The idea behind Flutter is that you write Dart code which can be compiled to native code that runs on the target device. You use Dart + the Flutter framework to build user interfaces composed of so-called widgets. Flutter ships with a bunch of pre-configured widgets (buttons, tabs etc) and you typically use these to then also build your own, more complex widgets.

You can of course learn all about Flutter in our very detailed course.

Besides writing Dart/ Flutter code, you’ll also use the SDK portion of the technology. That basically is a set of functionalities that help you during development (IDE extensions, development server, live-updating of your app on an emulator or real device) and with deployment (compile your app code to native code).

React Native is a technology/ framework developed by Facebook.

It uses JavaScript and the React library to allow you to build beautiful user interfaces composed of React components.

Important: Unlike in “normal” React apps built for the browser, you’ll NOT use HTML tags. Instead, you’ll use a set of pre-built components which will be compiled to native code by the React Native toolchain.

You’re still able to use packages like Redux and knowing JavaScript and React of course allows you to quickly get started with React Native, too.

Just as with Flutter, you can dive into our detailed course on React Native.

It gives you the option of working with different frameworks as you can see - the different options are developed independently from each other though. So you might have an easier time or more built-in components with option A than you have with B. All options are under active development though, hence it’s best to simply dive into the docs.

Like Flutter and React Native, NativeScript also ships you a bunch of pre-built components which you use to compose user interfaces. It does not work with HTML but with its own components (like React Native).

Ionic follows a different approach than the first three options!

Since you build a web page in the end, Ionic is pretty easy to get started with for web developers.

Starting with Ionic 4, Ionic is basically a huge suite of components you can use (buttons, cards etc) with any frontend framework (or none at all).

Ionic also provides a lot of tooling that makes the development of mobile apps easier (e.g. a development server for running your app on an emulator/ real device with live-updating) and it also bundles the app into shippable packages. Additionally, the Ionic team is involved in the Capacitor project which offers a lot of JavaScript packages you can add to any (!) web project to tap into native device features like the camera.

Want to learn more about Ionic and build some real apps with it? We also got a course on that topic :-).

# How should we compare these options?

After these brief introductions - how should these options be compared?

Let’s also add the native platform languages (Java/ Kotlin for Android, Swift/ ObjectiveC for iOS) to the mix and have a look at eight totally subjective metrics.

# “Write once, use everywhere”

What does it mean?

With this metric, I want to explore how much of the code you write can be re-used for both platforms.

Don’t get me wrong - the whole idea behind all these technologies is to re-use code and only use one language but you might still need to write different code (despite using the same language) for the different platforms.

This could be required to position elements differently or because you need to use different UI components as not all UI elements exist on both platforms.

What does it mean?

This metric sounds similar to the previous one but it actually means something totally different. Even if you have to adjust some code to the underlying platform, the question is: How complex is that adjustment? Do you have to learn different language features for the different platforms?

On this metric, we got basically two extremes in my opinion. All options except for using the native languages require only one language to be learned. That is true for both solutions like Ionic - which follows a “use one codebase for both platforms” approach - and alternatives like React Native, where some differentiation may be needed.

How easy is it to build beautiful UIs? Do you have to create and style a lot of components (UI elements) on your own or do you have a rich suite of pre-built ones? Are the components adapting to the underlying platform automatically? That’s what this metric is about.

On this metric, the options differ a lot!

What does the ecosystem look like? Is it easy to find help (on Stackoverflow etc) and are there enough third-party libraries available to add that one feature your app needs?

Having a vibrant ecosystem is a good thing - but how popular is an option? This is not necessarily the same, as you could have a rich ecosystem due to the alternative being mandatory in an industry without it being very popular amongst developers.

This metric probably speaks for itself - how do the different technologies compare from a run-time performance perspective?

Your mobile apps most likely need access to some native device feature like the camera or GPS. How easy is it to get that access? And how easy is it for relatively new features (e.g. AR APIs provided by Android/ iOS)?

It’s great if you’re convinced about a technology - but how does the rest of the world think about it? This might not matter to you but if it does - here’s a quick comparison.

So, what should you choose?

With all these metrics discussed - which one should you choose?

There is no bad choice here, these are all great alternatives!

First of all, you have to decide whether you want to stick to the native languages (Swift, ObjectiveC, Java) and accept the disadvantage of learning two things and writing two apps. This is a lot of work and mastering two languages and platforms is way harder than mastering one. But you saw a couple of “pro” arguments, too.

If you don’t want to use the native languages, you have to decide whether you want a wrapped-app solution as Ionic offers it. Whilst having the performance disadvantage (which might not matter that much as discussed above), you will get a super-fast development experience. You can use your web development know-how and build two apps with one tech stack in little time.

But if performance is super-important to you - or you need to access a lot of (advanced) native device features - you might want to take a look at React Native, Flutter or NativeScript. Here, the details outlined above matter as these approaches are pretty similar otherwise.

Once you made your decision, you can dive into your favorite option with one of our courses.

# Or use a Progressive Web App!

Time for the surprise alternative!

You could also build a Progressive Web App (PWA)!

A PWA is a web app, not a mobile app. This is really important to understand - you won’t distribute it via the app stores!

But it looks and behaves like a native app, you also have access to a decent amount of native device features in modern browsers.

PWAs are built in a way that allows them to run in older browsers, too, though. They’ll fall back to alternative versions if feature A is not available.

This makes them a good alternative for many but not all use-cases. If you absolutely need device-camera access, a PWA might not be the right choice since you can’t control whether your users use a browser that provides that access.

But in other cases, PWAs are a great alternative - and skipping the app stores is actually a plus since users don’t install many (unknown) apps from these stores.

If you want to build a PWA, you can learn it with our complete guide - and with Ionic 4, you’ll even be able to build a PWA and native apps with one codebase!

So definitely explore this alternative, too.

Learn all about Flutter, from the ground up, with this course. We'll build an entire app and dive into all important aspects of Flutter.

Learn React Native from scratch whilst building a complete app. From basics to app store - in this course!

Use Ionic to build native mobile and web apps with a rich suite of pre-styled web components. It's never been easier!

NativeScript allows you to use Angular or Vue to build real native mobile apps. In this course, you'll learn NativeScript with Angular from scratch!